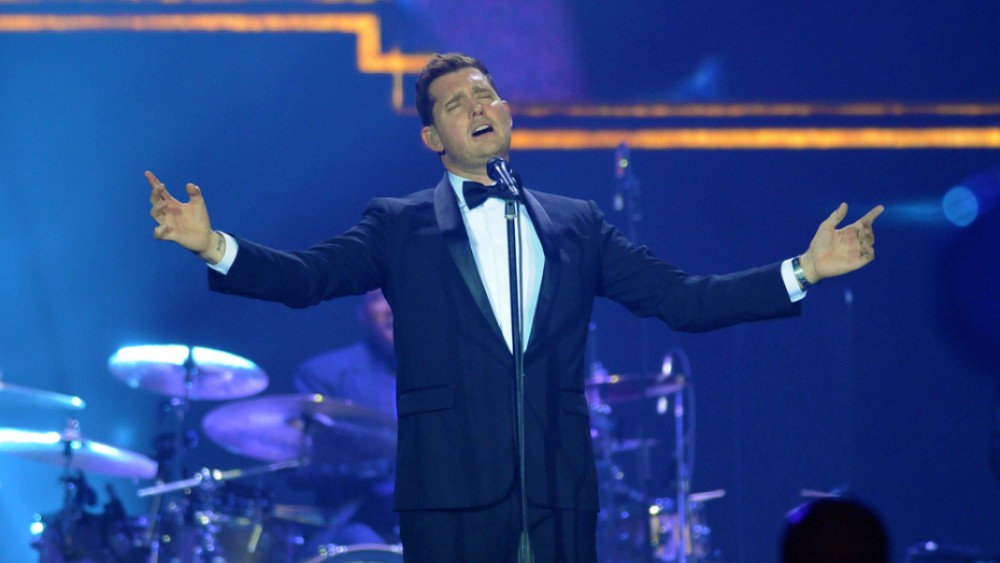 Michael Bublé appeared with “Late Late Show” host James Corden for a worthwhile cause.  Bublé’s appearance on “Carpool Karaoke” was part of the “Stand Up To Cancer” telethon that aired in the United Kingdom on Friday. Bublé opened up to Corden about his son’s cancer battle, and the mood turned somber after when speaking about Bublé’s now 5-year-old son Noah, who was diagnosed with liver cancer in 2016 at the age of three. Corden said, “you’ve had an extremely tough couple of years, what you’ve gone through in the last few years … is every parent’s worst nightmare.” Michael explained that he and his wife actress Luisana Lopilato were told that Noah’s diagnosis “was not good” and told James that “it’s too hard to talk about.” The episode ended with Michael’s plea to everyone at home to make a donation to Stand Up to Cancer, an organization that raises funds for cancer research.

Via www.hellomagazine.com
Michael Buble will perform with James Corden in a very special episode of Carpool Karaoke for…
10/24/2018 10:39 AM