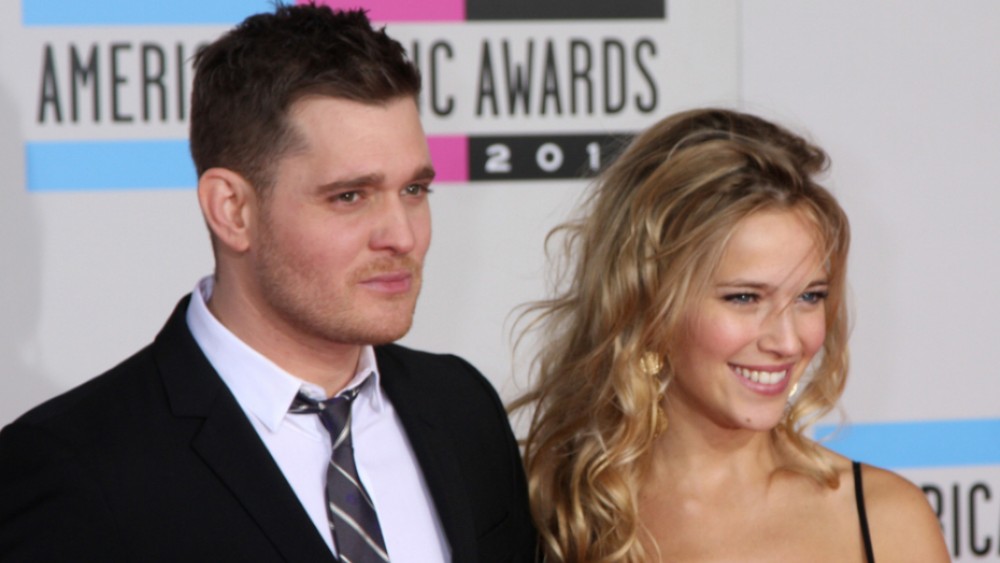 Michael Bublé and his wife, Argentine actress and model Luisana Lopilato, are expecting a third child together.  Bublé made the announcement on Sunday while hosting the Juno Awards in Vancouver.  Bublé, 42, told the audience during his opening monologue at the Canadian music awards: “five years ago, when I hosted the first time in Regina, you brought me luck and I was pregnant ― I mean, my wife was ― I mean, we were pregnant with our first child.” The pair has two sons, Elias, 2, and Noah, 4, who was diagnosed with liver cancer in 2016. Both Bublé and Lopilato put their careers on hold to focus on their family. Last February, Bublé gave an update on Noah’s treatment, telling fans that the child had been “progressing well” and that his doctors were “optimistic” about his future.